Carol is a girl who came from the far north to Qana to work in weeding a forest project with Qana Youth Association, and with her initiative she broke all boundaries and stereotypes about women and the young men and women of Lebanon.
In the time of the radical changes that the world is witnessing, and Lebanon in particular, the differences between people began to fade and the return to the originality of the Lebanese society began and to the land that was waiting for us with longing to work in it, so it showered us with its generosity. Or rich and poor, or a diploma holder and a daily worker, all her children equally 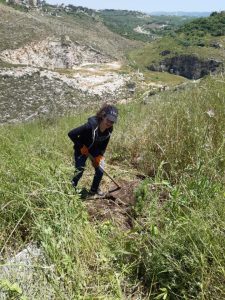 The Ramadiyeh Landfill Is Burning Because of Recklessness and irresponsibility 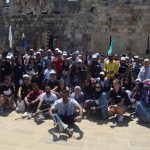 From Qana Al-Jalil to Tripoli Al-Fayhaa